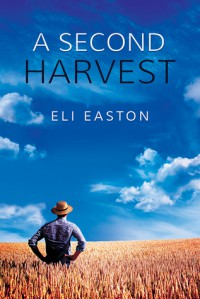 Only two instances of the loathsome w-verb. Both gratuitous and unnecessary, of course.

An enormously resonant story for my elderly self. I knew and tricked with these men most of my life. Had one terrible relationship with one of them, a horrible, painful experience of being the agony and the release from it at the same time. He died of liver cancer after over two decades of alcohol abuse, and a few months later I moved to New York City.

So David's story, his wretchedness, moved me deeply. Christie's part I lived in reverse...after getting to Paradise I was a busy, busy boy for a few years. Over a decade, in fact, and I adored all but the last 18 months. When my life unravels, it does the job with verve and gusto. Anyway, Christie deciding to move to Auntie's place made perfect sense to me...I ran back to Austin...and his ultimate fate there mirrored my own, if mine was less painful.

I left Austin because, after one night of gay-barring, I was followed home by two tradies (google it) who'd been somewhat unsettlingly focused on me. The truck they drove had a gun rack.

I don't care. I am never, ever again in all my life going to live in a place where guns are anything other than tightly regulated. I'm also deeply averse to going west of the Hudson or north of the Bronx. When home doesn't want you, it's not home, so here I stay.

This book made all the same feelings as I felt then come roaring back, strong as ever, nauseating as ever. The highest function of storytelling is catharsis, it's why myths are evergreen and stage/screen drama has such a tenacious hold on human psyches. Author Easton has, in each of her stories I've read, given me a safe catharsis, a world built to experience and survive the strong negative emotions parts of her tale evokes. It takes skill to do this well. It requires convincing your readers that this *is* a world, this space is in fact telling truths to your emotional core. That takes talent and courage, which Author Easton has and uses for our benefit.

And here I was looking for a light, fun read. Haw. Instead I got a deep and thorough dose of spiritual salts. And, mirabile dictu, was made to enjoy it.

Congratulations, Eli Easton, and to you readers not squicked out by gay men making love to each other, this is a fine and satisfying read.